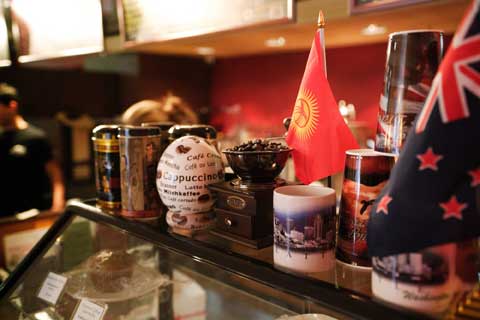 Sierra has from the first day been committed to giving back… to the people of the Kyrgyz Republic. Sierra is taking an active role in supporting the development of the Kyrgyz Republic by helping in several key areas. In December of 2013 Sierra began supporting an orphanage on a monthly basis. Sierra also sponsors a number of other initiatives. The company also has a policy of sourcing as much as possible from local producers, keeping as much money as possible within the Kyrgyz economy . Of course, coffee doesn’t grow in Central Asia since it is just too cold here, but apart from coffee and Giffard Syrups from France, almost all our supplies are sourced locally.